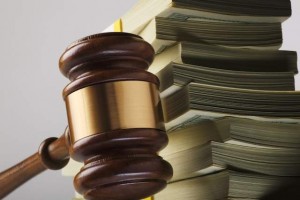 In determining whether the trial court’s jurisdiction was properly invoked, the controlling standard is the amount claimed and in good faith placed in controversy, not the amount actually recovered. See Metro. Drywall Sys., Inc. v. Dudley, 472 So. 2d 1345 (Fla. 2d DCA 1985). The bare allegation of an amount in controversy exceeding $ 15,000 is insufficient to confer jurisdiction upon the circuit when the facts alleged in the complaint demonstrate an amount in controversy that is substantially less than $ 15,000. Rappa v. Island Club W. Dev., Inc., 890 So. 2d 477, 479 (Fla. Dist. Ct. App. 5th Dist. 2004)

Seemingly, the bare allegation of damages in excess of $15,000, in itself, will not confer jurisdiction of the pleadings otherwise do no support such allegation. Florida Courts have consistently held that inconsistency between allegations and exhibits of a complaint may make such complaint objectionable and subject to dismissal.

If an exhibit facially negates the cause of action asserted, the document attached as an exhibit controls and must be considered in determining a motion to dismiss. See Fladell v. Palm Beach County Canvassing Bd., 77 So.2d 1240, 1242 (Fla. 2000); Hollywood Lakes Section Civic Ass’n v. City of Hollywood, 676 So.2d 500, 501 (Fla. 4th DCA 1996) (if the exhibits attached to the complaint negate the allegation of the complaint, “the plain language of the document will control and may be the basis for a motion to dismiss.”) See also Hillcrest Pacific Corp., 727 So. 2d 1053, 1054 (Fla.4th DCA 1999), citing Harry Pepper & Assocs., Inc. v. Lasseter, 247 So.2d 736, 736-37 (Fla. 3d DCA 1971), and states, “[if there] is an inconsistency between the general allegations of material facts in the … complaint and the specific facts revealed by the exhibit [attached or referred to in the complaint] … they have the effect of neutralizing each allegation as against the other, thus rendering the pleading objectionable.”